The Division of Field studies carries out studies on community nutrition and dietetics, in addition to taking up continuous as well as special surveys of National Nutrition Monitoring Bureau (NNMB).

The division focuses on carrying out a wide range of investigations in the community nutrition and operational research in rural areas of Andhra Pradesh and other parts of India. .

The activities of the field division are mostly collaborated with State Governments, Central Government and International Agencies while planning and conducting diet and nutrition surveys, evaluating ongoing nutrition programmes and conducting the studies on socio-cultural aspects of nutrition.

Diet and nutritional status of the special age groups such as adolescents and elderly people were also carried out. The results revealed that both the groups were subsisting on inadequate diets and their diets were efficient of almost all the nutrients. About half of the elderly were suffering from CED and the prevalence of under nutrition was about 53% and 40% in adolescent boys and girls respectively

Evaluation Studies and the findings 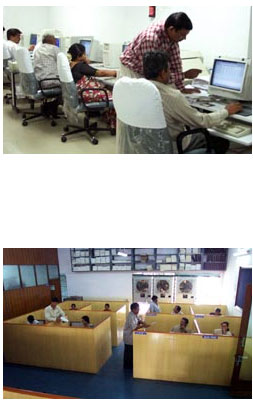